Ending June with a blog bang!!! Thank you soooooo much to everyone who has taken the time to visit my blogs, read them, like and even share… thank you all soooo much you have no idea how much it all means to me, I’m truly grateful and appreciative of it. ❤❤❤

Among all God’s creations, we human beings alone have the ability to see the invisible, to do the impossible and to achieve the unbelievable. Many a times, we fail to realise that our real self is much more capable and powerful than what we think. That inner power or divine consciousness will give us the […]

You Have The Power

(Disclaimer: this is not my work, I found it to be interesting and wanted to share.)

I recently sent this little missive around to a bunch of friends and their reactions were varied and interesting. Many thought it was funny and even cute, but some were saddened by it. I don’t quite get that. To me, it’s the best part of getting older. You have a much better sense of reality and are able to deal with the real world far better than you can in your 20s.

Another thing you learn is that life truly is random. You can plan for weeks on end, only to see things change in a heartbeat because of situations that are out of your control. So focus on what you can control and let the rest play out. You’ll have a much more enjoyable life, and probably a more successful one as well. 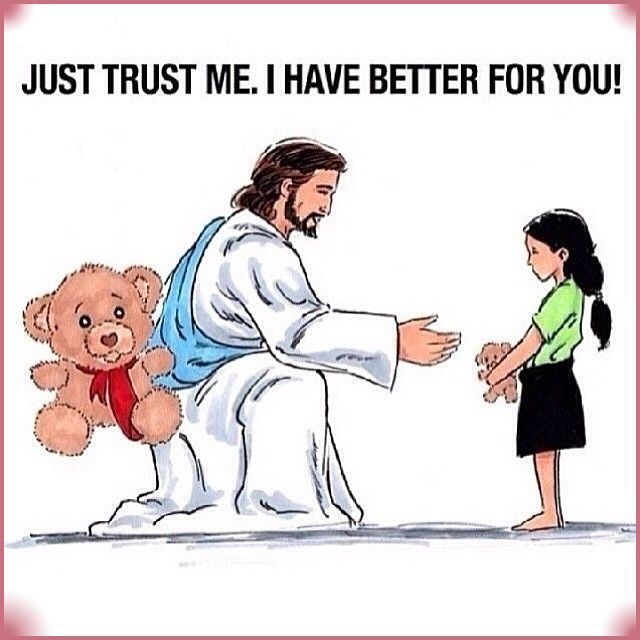 Little Naomi was one lucky little girl, each day for her was like Christmas because each and evey morning she  would receive plenty of gifts.

Now, normally any child receiving so many gifts would be beyond happy, But, little Naomi always found a reason to complain.

Instead of being happy and grateful for the gifts she would kick them aside and ignore them, it was like none of them were pleasing, none of her gifts made her happy, one would say that she was ungrateful for them all.  Naomi only paid attention when she would see someone else with a gift that she wanted or  thought was better than the ones she had.

One day Naomi was home waiting for a gift to come, it was a gift she had been secretly waiting patiently for, and while she had so many other gifts already, she wanted nothing to do with them, instead she cried and made a fuss over what she did not have but wanted.

When Naomi’s sister Mary entered the room and saw that naomi was sad she asked, what’s wrong naomi why are you so sad?

“The gift that I’ve been wanting and waiting for hasn’t shown up” was her reply.

This gift that naomi was waiting on was one that she really wanted,  this particular gift was the one that  she felt that she needed she felt as though it was the only way that she could best show her devotion and worship and adoration to the giver of the gift.

Mary again turned to Naomi and asked, do you trust our King? do you trust that He is the giver of the gifts? Of course I do! was Naomi’s reply, After everything the King had done for Naomi, after everything HE bought her through, she Vowed to serve Him and worship Him until her very last breath.

Mary again said to Naomi, does He hold your life in His hands? Does the King truly have your all? Naomi nodded and answered yes.  So, why then do you complain little sister?, does it matter if the gift comes? whether it be today, tomorrow or not at all?

If the King does not allow the gift to come then certainly He has something else awaiting you that will be much better for you.  Naomi stood speechless, for a moment she thought on her ways and realized that all this time she had been selfish and ungrateful, missing out on opportunities that presented themselves for her to give thanks and to worship the King for the blessings and all that she had been given by the King.

Naomi paused again and turned to look at her sister mary.  With tears in her eyes she grabbed Mary by the hand then smiled, It had been so long since she felt the light and love and peace of God in her heart. Naomi eyes had finally been opened, After all this time she could now see that she was and had always been indeed blessed and surrounded by all the wonderful gifts of God our King.

“Every good gift and every perfect gift is from above, coming down from the Father of lights with whom there is no variation or shadow due to change.”  (James 1:17) 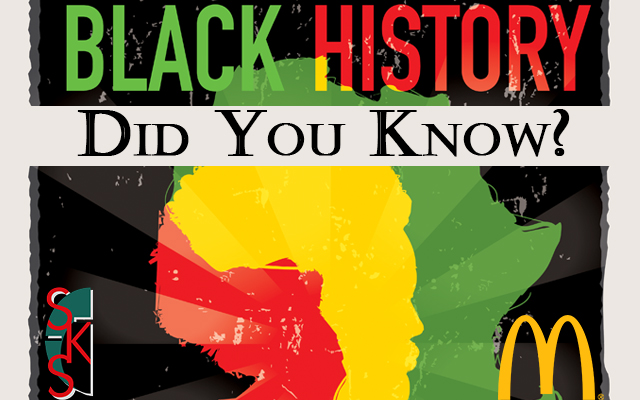 Did you know that when Allenworth was first established it was an all black township?

Allenworth, California was founded in 1908 by colonial Allen Allenworth and a few other men of color. The town was designated to be a refuge/ a safe space for African Americans, a place to get away from the oppression that they were facing at the time.

• By 1912 the town was able to run off of Agriculture, they had their own school district and they also owned small businesses.

• By the 1920’s the town was flourishing, they had a population of about 300.
In the 1960’s things began to go down hill,
The water in the land now had arsenic and they also faced a famine in the land, because of this there was loss of lives. 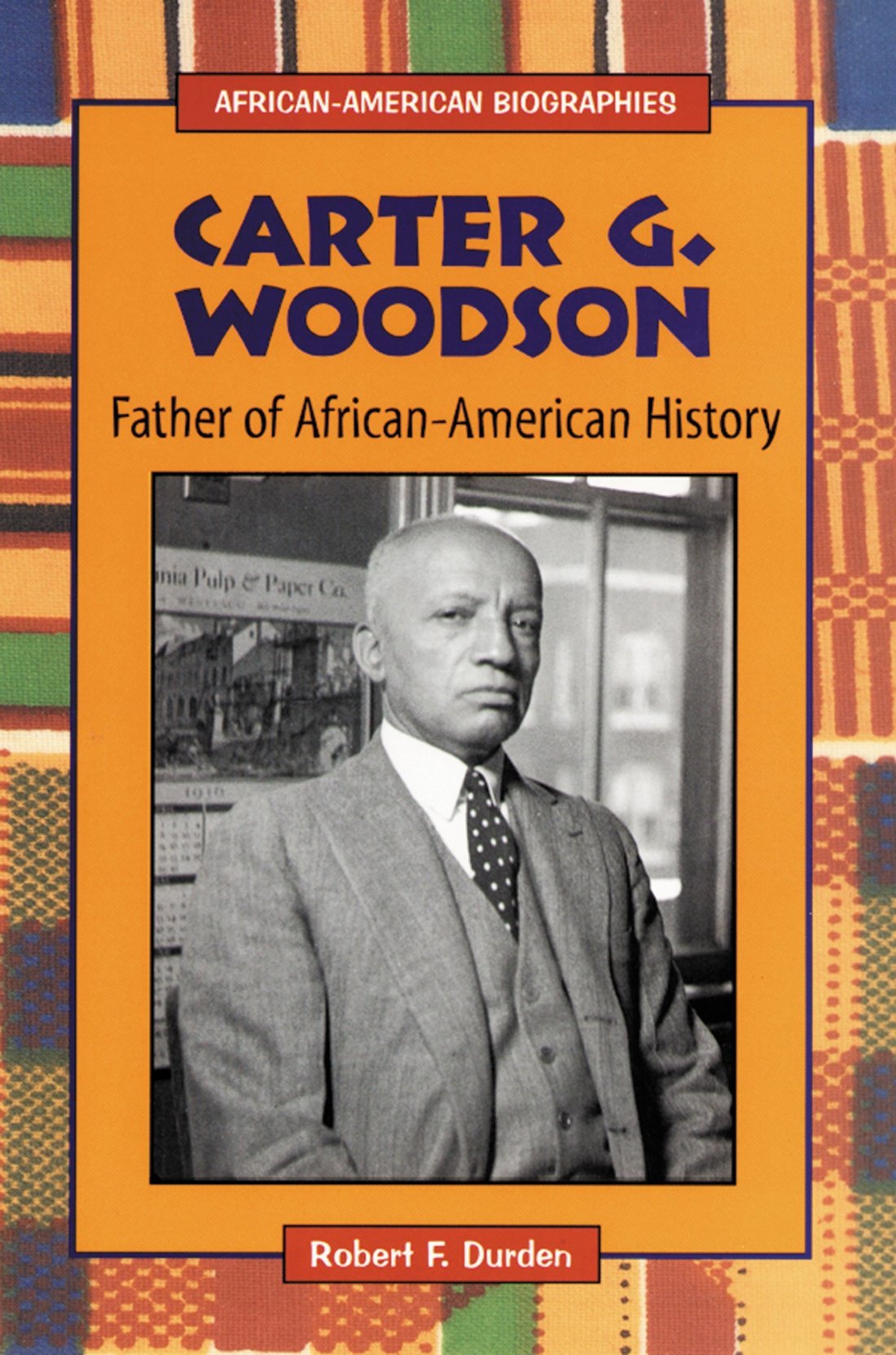 The Father of black History!

Mr. Woodson along with his Omega psi phi fraternity brothers banded together and  established Negro literature and history week in February of 1924 because he believed that african americans were not being taught enough about their heritage, after that mr woodson decided that he wanted a much wider celebration.

In 1926 Mr. Woodson took the opportunity to send out a press release that would announce the very first “Negro History week” the reason why he chose February was because it is the month that Abraham Lincoln and Fredrick douglas were born,  Mr.Douglas and Mr. Lincoln were two men of historic achievements, since they were already celebrated by the black community Mr. Woodson saw it fit to choose february as the perfect month.

Mr. Woodson knew that Black history could not be limited to just One week so in the 1940’s he put forth the effort to push black history to not just a week but a month.

In the 1960’s young african americans on their college campuses asked that their schools and organizations would change with the times.

In 1976, the 50th anniversary of the very first negro history week, the change was finally made to black history month, since that dau, every president has made a proclimation honoring black history mohth.

President Gerald Ford in 1976 kicked off the tradition, he said that this celebration/month allowed people to give honor to the often neglected accomplishments of black americans.

In 2016 President Barak Obama made his final proclamation in honor of Woodson’s initiative which is now recognized as one of the nation’s oldest organized celebrations of history.

Mr. Woodson passed away at home of a heart attack in 1950 but his legacy, accomplishments and endeavours live on to this day.

Mr Woods lived in NYC and he took courses in engineering and electricity, he soon realized that those courses would shape his future.

In the Summer of 1878 Mr woods for eight months worked for the Springfield, Jackson and pomeroy railroad company, there he worked at the pumping station, shortly after, he was hired by the Dayton and southeastern railway company as an engineer, he maintained this job for a total of 13 months.

While working and traveling, over time he began to formulate in his mind what would be his greatest invention,

In 1880 Mr. Woods moved to Cincinnati and set up his own company. In 1889 he filed his first patent for a better steam boiler furnace, his second patent was for a better telephone Transmitter.

The combined patent for the telephone and telegraph went on to be purchased by Mr. Alexander G. Bell.   The payment from Mr. Bell allowed Mr. Woods to work on one of his greatest inventions and a huge success, it was called “The Troller”, a metal wheel that allowed what would become later known as “Trolleys” to collect electric overhead power to keep them moving.

Mr woods went on to be known as “Black Edison”

This invention is to this day used by electric powered transit systems.

Mr. Woods end of life took place on January 30th 1910 in NYC. At the time of his death he invented 15 appliances for electric railways. 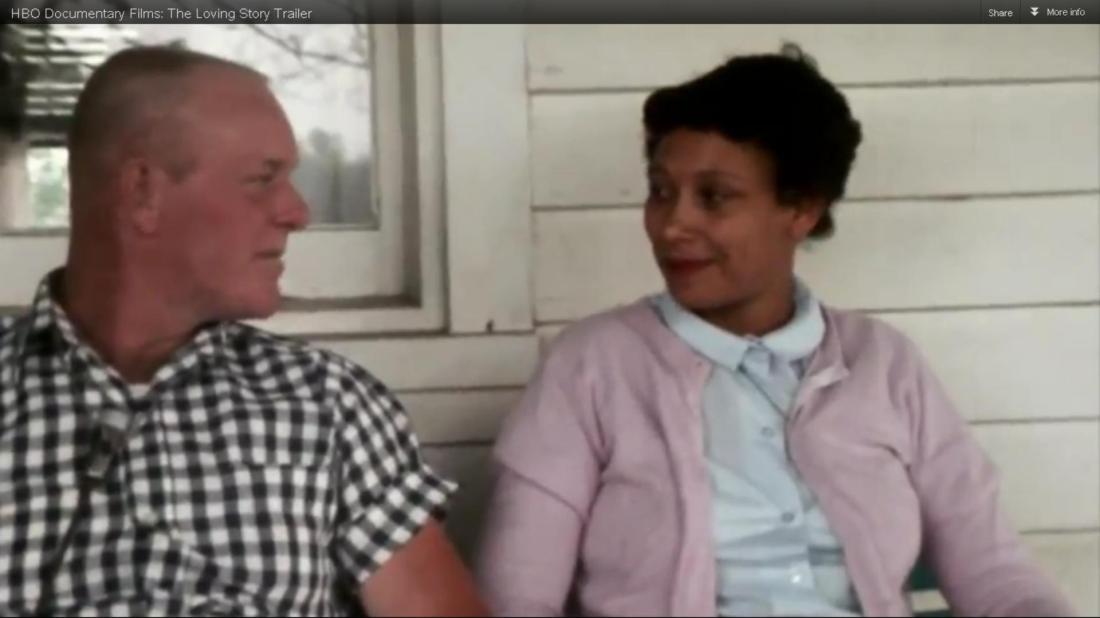 Did you know that the marriage of Mr. And Mrs. Loving was the reason why the ban on interracial marriage was overturned in 1967?

Mildred loving was African American and native American, she became a civil rights activist in the 1960s.
During that time she was married to her husband Richard loving who was white, the two choose to leave Virginia to go and get married, when they returned Mrs. Loving was arrested because the marriage violated Virginia state laws.

When Mrs. Loving was released the coupled was then referred to the ACLU by Robert Kennedy.
Mr. And Mrs. Loving soon took their case to court, it was the case of “Loving vs Virginia” which made it’s way all the way to the Supreme court and won!

when you think about It 2000 wasn’t that long ago, it’s funny to think that interracial marriage was still unacceptable in this day and age in the USA)

The Lovings came to be known as the hero’s who made it happen and opened the door for others in the same situation who were afraid. 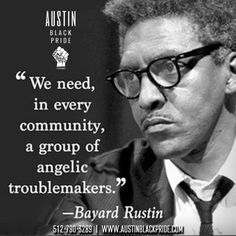 We know that The Reverend Dr. Martin Luther King was and always will be the face of the March on Washington But!!!! Did you know that it was Mr Bayard who quietly organized the marches?, Mr. Bayard was the man who would rally the troops.

• In 1942 he helped form what is known as (CORE) the Congress of Racial Equality , Core, alongside the NAACP helped to lead in the struggle of the civil rights movement.

• In 1947 he helped to organize and take part in what was called “The journey of reconciliation” this would be the first of many freedom rides against segregation in the south.

The reason why Mr. Bayard was placed in the shadows was because he was a gay man and at that time he was considered to be to much of a liability to be on the front lines of the civil rights movement, he also had ties to communism that Dr. King and others felt weren’t to note worthy.

Mr. Rustin was said to be one of the
most brilliant minds of that time, he faithfully served the community all while being the voice that pushed for better jobs and better pay for black people. 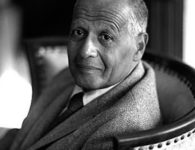 Mr Davids ran away from his slave owner in Kentucky, he swam across the Ohio River while his owner was right behind him on a boat trying to catch Tice, mr Davids made it to the Ohio Shore just moments before his master could catch up with him, when his master finally got to the shore mr Davids was already gone, his master could not find him, his master said Tice must have gone off on “an Underground railroad”

It is believed that he was hidden away by abolitionists who then helped him escape to freedom.

It was Mr. Davids running away that would soon lead to the naming of the underground railroad.